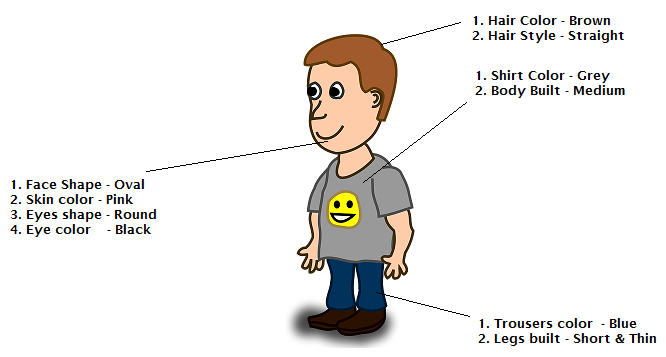 Does it look complex, what are these attributes etc??? Let’s keep it simple for you here, if you were asked to remember a person who is crossing you over a street, what would you do? If I were to a do a wild guess, you would have remembered the following things and stored in your mind.

and may be few more attributes of a person, which could help you to recognise if the same person passes by in front of you.

So next, when you were asked to recognize, you would scan through every person passing by you and compare with the attributes and values of them which were stored in your mind. This way you would easily recognize if the same person passes by you.

This is the same way even tools like OATS – OFT will try to identify any object that are present in an application under test ( AUT ). For Web Applications the main attributes which are considered are the html tags that are used to build the UI objects. i.e. like input, span, div, a, img, button, textarea, select, radio, checkbox, etc… 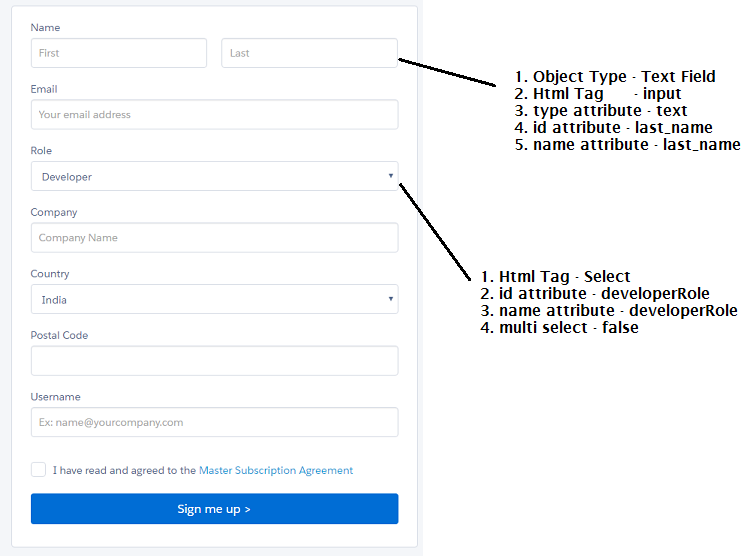 Now, how does these tools know what are the attributes that automation tool need to pick for recognising an object and from where to get the values for these attributes? Basically they work through a concept called DOM especially for web based applications, In case you are not much aware of it, I would recommend you to get to know a little about DOM.

In the above screenshot, you can see that an anchor tag(link) object and its attributes, values are shown, the attributes considered were text, href & index.

Similar to this approach of recognising the web application UI Objects, OFT of OATS can recognise UI objects present in applications which are developed using other technologies like Oracle Forms, ADF etc.. OFT comes with its own set of recognition engines to identify the UI objects.

Note: In case the Object Library is not created for a script, and if you try to record a test case these attributes & values are made as part of the script itself, but still the mechanism to identify the objects remain the same.

10 basic syntax in java you should know